Panic about Your Facebook Updates Not Being Shown to Fans 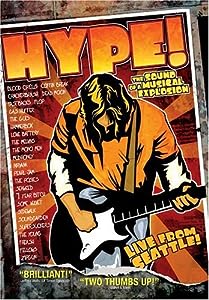 I’ve noticed a ton of panic about Facebook in the last two weeks.

Crying, bitching and hype over…

“Facebook doesn’t show my posts to all of my ‘fans’ (likes)!”

I’ve seen blogs and “viral” Facebook posts about this.

Do I need to give you examples? How about you just remember the words “bubble and bust?”

2- Smart business owners and Facebook Business Page admins are quietly getting better results from their Facebook efforts while the majority are talking about this!

3- Facebook has ALWAYS done this. Yes, even before you were able to “pay to get your content shown to more of your fans” your stuff WAS NOT reaching most of them! HA!

Facebook is a busy! It could be a place filled with so much content that it would be over-whelming to ALL users.

That’s why since way before all these whacks got their panties in a bunch about… “Facebook Not Showing My Posts to My Fans!” Facebook was already doing it.

The average Facebook user has 150 friends and “likes” all kinds of business pages.

If this user was shown every single update from every single friend and business Facebook would be too over-whelming and they would NEVER return to Facebook and you’d have nothing to complain about anyway!

Facebook has always used an algorithm to show you a “news-feed” that is most relevant to you.

No one really knows the formula but some of it is based on showing you updates from friends and brands that you most often interact with. Hence the idea of “relevant.”

Some were not around when you put out the carefully crafted update.

Many were distracted by other things that were frankly, much more compelling, than your “2 for 1” special!

Do you really think it’s supposed to be that easy?

You set up a FREE Facebook page and will command UN-divided attention from your “likes?”

If you’re that stupid you should NOT be in business!

I know– let’s not forget the “Social Media Gurus” (AKA: “Social Media Charlatans”) who tell you – “just be fun, creative and engaging and you’ll hold the world of Facebook in the palm of your hands!” Bullshit! Be “creative” all you want. That’ll only get you so far.

It is just one part of a more cohesive internet marketing strategy – which is part of an overall “marketing plan.”

And – the real power…

Building up a nice base of “Likes” and then having the ability to reach them DIRECTLY through Facebook Advertising!

When I work with clients on Facebook Ads Marketing the reason we strive to build “likes” is so we can eventually go directly to them!

In the words of Flavor-Flav…. “Don’t Believe The Hype!”