Email Marketing Tricks Do Not Work

Nothing based on “Tricks” really works. Maybe they work to get some initial attention, but after that – not so much.

One place you see the good old “trick” approach being used these days is in email marketing.

With social media, text messaging, push notifications from apps and so much more it’s no secret rapid fire “pinging” has made it harder for your email marketing to get noticed.

So what some gurus do is resort to tricks. What they should be doing is remaining consistent with their email marketing, while also embracing other medias. Gather “likes” on your Facebook Page, Develop an App with push notifications, start building a text message list. 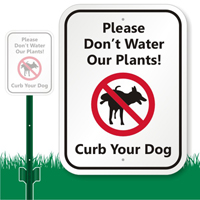 Getting an email from a well-known guru with “trickery” applied to the “from field.”

Basically, the from field was turned into a subject line…

No! It was just a ploy to get the email noticed.

And yes – it worked– but worked for the wrong reasons.

The from field is one of the most important parts of the email.

Even if your emails are not all getting opened – at least your “from field” can still show up.

If you’re consistent and have been welcomed in – you’ll be respected for showing up on a regular basis and attempting to offer some value.

When you try to trick people on your email list with a bogus from field you might get their attention, but you’ll risk…

1- Pissing them off for trying to trick them.

2- Causing them to reach for the spam button. “Who is this sending me emails?” The “Who is this?” was my reaction. Followed by disappointment for them resorting to tricks.

Let’s just hope no other marketers follow this example as “rule” based on who used it.

Take pride in your “from field” and take pride in being consistent. No need for tricks, Silly Rabbit!